TUMO Kyiv in ONLINE mode is working for one month. And it means a lot for our students! Let's share some facts:
- 98% of signup students attend their classes at TUMO Kyiv in ONLINE mode
- The students' studying progress is at the same level as during offline education
- Students want to learn more from every class and literally don't let the workshop leaders finish the lessons on time
“
Anybody can be specific and obvious. That's always been the easy way. It's not that it's so difficult to be unspecific and less obvious; it's just that there's nothing, absolutely nothing, to be specific and obvious about.
— Bob Dylan, singer-songwriter
830
students who were with us before the war in Ukraine, couldn't join the online project due to lack of the budget.
21
applications per day we have received from the potential students who want to study at TUMO Kyiv in ONLINE mode and wait for their turn.
733
teenagers have applied for new potential waves of education at TUMO Kyiv in ONLINE mode. And every teenager in this line needs the support!
TUMO CENTERS WORLDWIDE 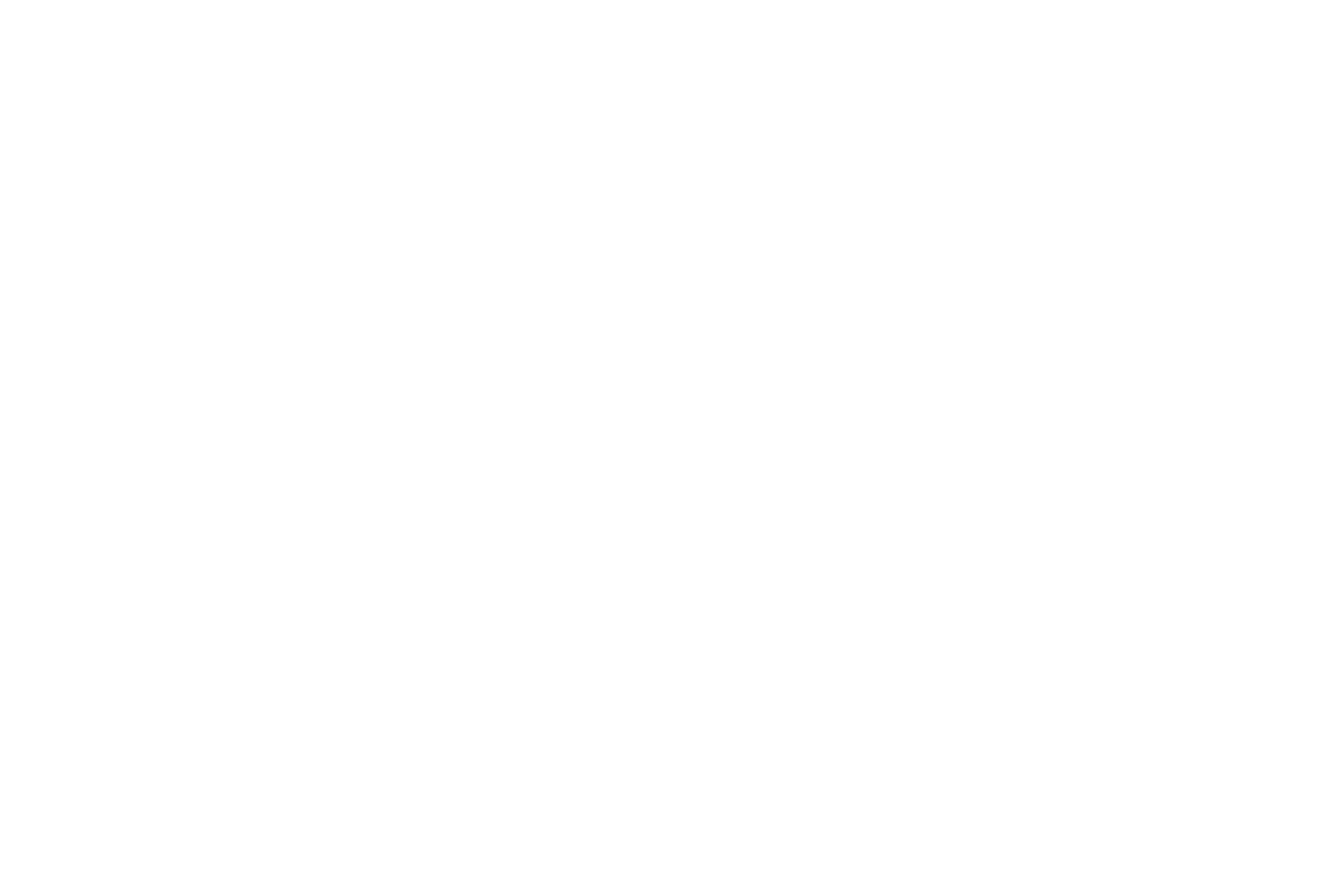 We had to stop accepting new applications because of their huge amount!
It's very important for us to give them this opportunity! What about you?
What is TUMO around the world?
TUMO is an educational non-profit based in Armenia providing after school education in technology and design to more than 25,000 teens around the world. TUMO has a network of 7 international centers developed by franchise partners.
WHAT DO TEENS STUDY?

FAMOUS PEOPLE AND EXPERTS REVIEWS
Lesia Patoka
One of the most popular designers in Ukraine and favorite designer of Burning Man participants
"TUMO Kyiv is a fantastic place which you want to visit again and again. I wish I'm not 15, and I can't study here. I definitely would choose Robotics!"
Alex Shelest
Famous coach and producer. He works with students all over the world - from the USA to Finland.
"It's very important to learn how to use everything that modernity gives us. Cutting-edge technologies give us opportunities to communicate with everybody, get all kinds of knowledge and do everything we are interested in. We should use this opportunities to the maximum to realize our potential".
Milosh Yelich
Keyboard player and arranger of "Ocean Elzy" Ukrainian music band. Now hits of "Ocean Elzy" are singing a lot of world superstars to support Ukraine.
Elestory is a big team of professionals and very responsible people. We started working with Elestory 3 years ago, and every year their business program becomes better. They maintain their best level.
THE INFLUENCE OF WAR IN UKRAINE
The war in Ukraine has a huge impact to the education field
"7.5 million children were displaced, with 2 million having left the country. Of those, an estimated 1.9 million are of school age" Unicef

At the same time host communities are often under prepared to offer Ukrainian language resources, especially in education.
WHAT IS TUMO KYIV IN AN ONLINE MODE?

An important contribution to out-of-school education of Ukrainian teenagers during the war.
The learning process has been disrupted, but we clearly understand that we shouldn't stop.

High-quality content
In TUMO Kyiv in ONLINE mode we provide real work with students. Often this work is individual according to the students' needs.

Professional international team
The project was launched in just 1.5 months after the start of the war: all content was fully adapted to the needs of Ukrainian teenagers, funds for the first stream were found, students were registered, and finally – we started the educational process for the first students;

Employer in times of war
100% of the new project team are members of the TUMO Kyiv team. These people have worked for us before the war and now they have jobs despite very difficult times.
1100
teenagers have been studying in TUMO Kyiv before the war in Ukraine
500
teenagers are getting the cutting-edge education at TUMO Kyiv in ONLINE mode. Each student chooses 2 programs for studying during 6 months.
217
teenagers are studying at 3D Modeling
199
teenagers are studying at Graphic Design
194
teenagers are studying at Game development
167
teenagers are studying at Programming
145
teenagers are studying at Music production
96
teenagers are studying at Animation
47
teenagers are studying at Filmmaking
51,4%
of girls are studying at TUMO Kyiv in ONLINE mode now
48,6%
of boys are studying at TUMO Kyiv in ONLINE mode now
The whole team currently employed by TUMO Kyiv in ONLINE mode worked with us before the war in Ukraine.
ARTUR GARSLYAN,
FOUNDER OF TUMO KYIV
NADIYA KUZMYCHOVA, CEO OF TUMO KYIV
The team of TUMO Kyiv in ONLINE mode consists of motivated and inspired people. They have made contributed to the projects even before we got first financial support!
Oleksandr Yevtushenko
workshop leader of Film Production
This project is important because of its openness and the opportunity to communicate with teenagers on an equal basis. I am able to adapt the program to teens' interests and improve everything I want. It gives me the opportunity to reveal really important features of the profession and show children the important keys they will need in the future. Most of TUMO's teachers are not only theorists, but also practitioners. The main advantage of my work with teens is possibility to show them the projects I personally worked on: telling the entire history of production from pre-production, filming and post-production. It fascinates them the most!
Dmytro Babenko
life coach
TUMO Kyiv is a place where you feel free and responsible at the same time. This atmosphere of freedom and personal choice is very important for every teenager today. Everyone here regardless of age learns something new and I am not the exception. In just one year of working at the center I personally learned a huge amount of important information and upgrade my skills. It helped me in my developing in the technologies world. The friendship atmosphere prevails in the center and it is transmitted to everyone. We have to build our future and our future is on these young talents. Thanks TUMO for the opportunities!
Oleksandra Lunyova
coach of Music Production
What I like most about Tumo is the focus on the combination of different creative directions. It allows teenagers (who often say they can't find themselves) to broaden their horizons and think more boldly. After all, the future lies in the combination of professions: the more non-standard solutions and combinations you can find, the better. Another reason (perhaps the most important) that I want the project to grow is that TUMO is a great networking exercise. Students have access to 8 creative directions, which they can not only try personally, but also in which they can find a partner and make a project together. In today's world, in which we are so rapidly losing sociality, this is probably the most valuable.
WHY IS ONLINE FORMAT SO IMPORTANT?
TUMO provides a unique approach to the education for Ukrainian teenagers. A mix of the cutting-edge creative directions, a complex of necessary skills in modern industries and the development of soft skills; 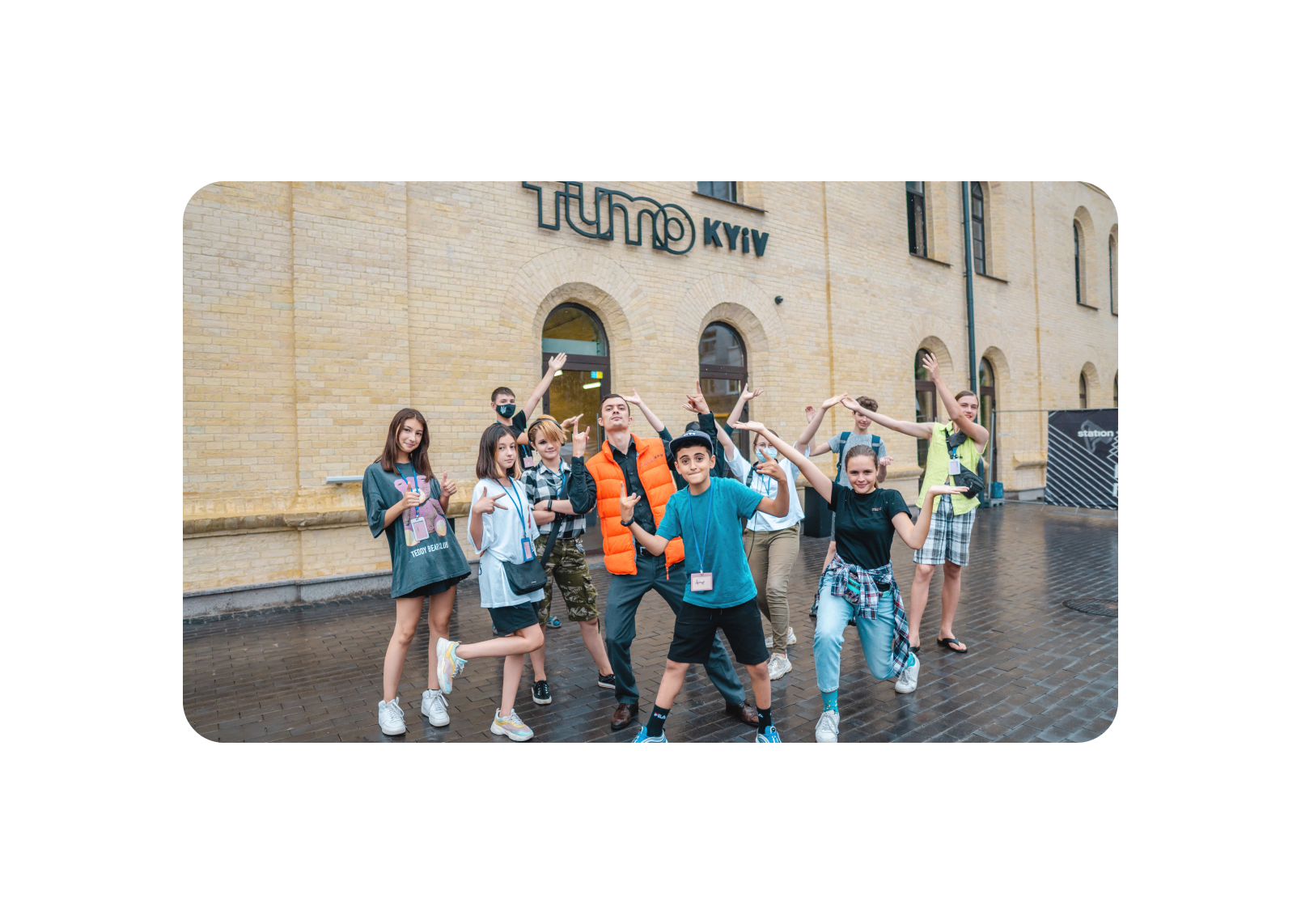 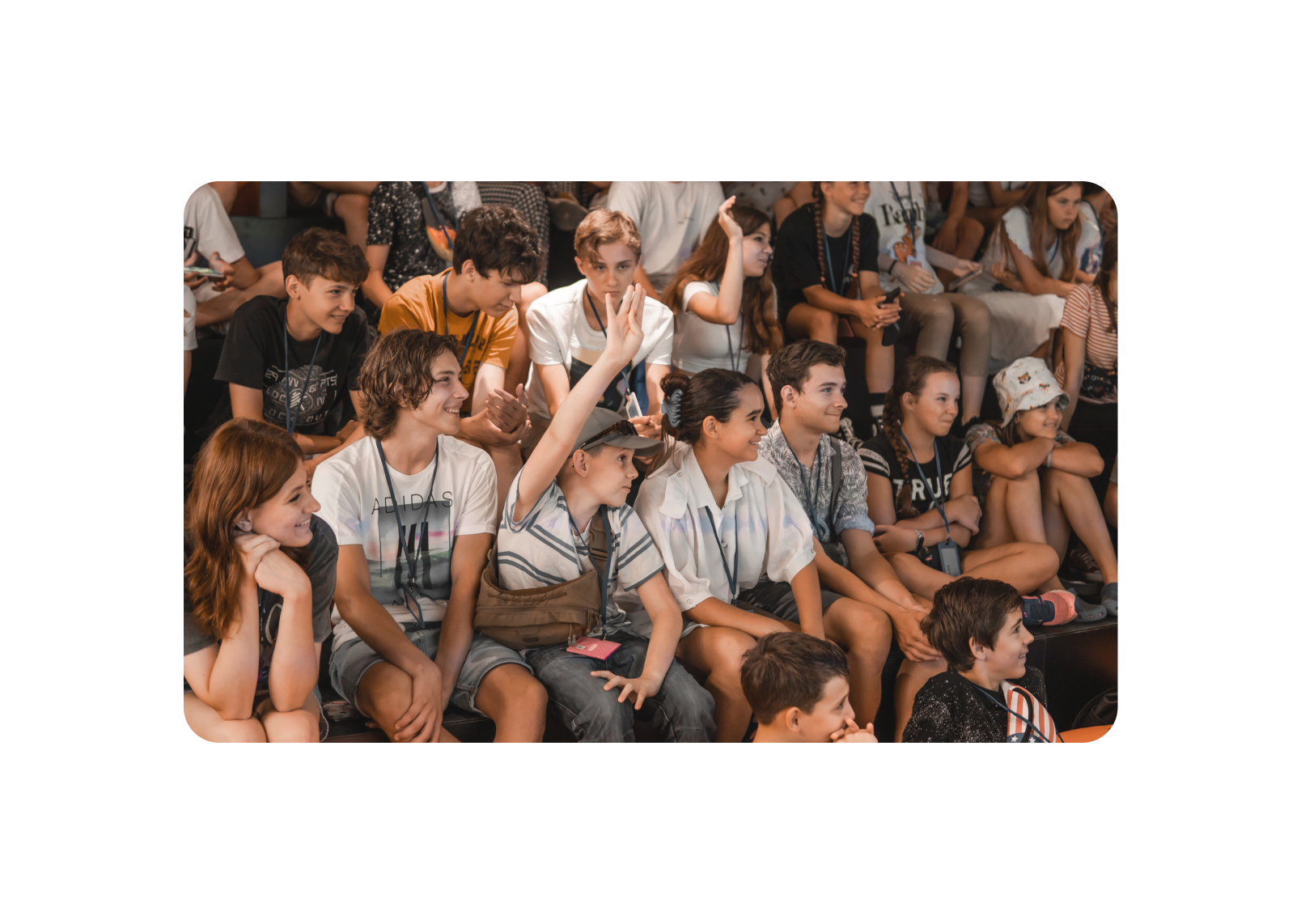 Our online of education of the future professions is free of charge for Ukrainian teenagers;
For Ukrainian teens
98% of our students do not miss their classes. It's hard to achieve such indicator even in offline mode, but we did it in online! This fact shows the importance of TUMO's education for our students!
The connection with homes and friends, regardless of where Ukrainian teenagers are physically now.
THE COLLAPSE OF EDUCATION IS THE COLLAPSE OF NATION
The famous statement of Nelson Mandela is displayed at the entrance of the University of South AfricaThe connection with homes and friends, regardless of where Ukrainian teenagers are physically now.
The high-quality educational product on the mother tongue lets the Ukrainian teenagers save their national identity and be the part of global creative world at the same time.
For Ukraine
For European and global community
TUMO provides the high-quality education to the Ukrainian teenagers who are currently in Europe. It is the great impact to European community due to more than 1,8M Ukrainian children and teens became the part of this community from the war in Ukraine starting. Part of these young people will stay in Europe and the easier their integration will be, the more benefits for the global community they will bring.
CO-FOUNDERS
Sam & Sylva Simonian
Tech enterpreneur philantropist
Marie Lou Papazian
CEO MA, Teachers College, Columbia
Pegor Papazian
Head of Development MS, Computer Science, MIT
ADVISORY BOARD
Raffi Krikorian
Emeerson Colective, Uber, Twitter
Rev Lebaredian
NVIDIA
Vahe Kuzoyan
Service Titan
Serj Tankian
System of a Down
Katherine Sarafian
Pixar
Roger Kupelian
Fugitive Studios
Alex Seropian
Industial Toys
READ ABOUT US
A network of TUMO centers and boxes to open in Germany
Today, TUMO and the KfW Development Bank signed an agreement to establish a network of TUMO centers and boxes in Germany.
Mayor of Paris Anne Hidalgo: School "Tumo" is a program that inspired the whole of Europe
In Paris the day before, on October 16, the official opening ceremony of the Tumo-Paris center was held, which was attended by the mayor of the French capital, Anne Hidalgo, the founder and executive director of the Tumo Center for Creative Technologies, Marie Lou Papazian, and the Commissioner for Research, Science and Innovation of the EU Carlos Moedas.
Students Create Own Career Path in Armenia
"I want to become an architect, but I also want to become a good photographer," Arevik Galoyan, 15, recently told the Armenian Weekly. "I've gained much from Tumo, starting with good friends to good knowledge," she added.
We have teenagers doing projects with Google and Pixar experts. How to get to the TUMO training center for free
TUMO Kyiv is a creative technology center for teenagers aged 12-18, which was launched almost four months ago. There are eight directions there: from programming and animation to development and music production. The center itself is part of Global Genesis.
TUMO Kyiv makes creative education free for Ukrainian teenagers
June 6, 2022 TUMO Kyiv Center for Creative Technologies for Teenagers is launching an online platform that will enable Ukrainian teenagers to learn technology and design regardless of circumstances and location. And all costs are borne by the representatives of the responsible business.
"Tumo" Armenian Center topped the ranking of the most innovative schools in the world according to We Demain magazine
YEREVAN, Mar 29 - News-Armenia . Center for Innovative Technologies "Tumo" took first place in the ranking of the ten most innovative schools in the world, compiled by the French magazine We Demain.
CONTACT US